Launch of Super Power and GAT II to be World’s First “On the Cans Only” Event!

After months of extensive preparation, we in RTC can now announce that next week’s launch of Super Power and GAT II will be the world’s first “On the Cans Only” event.

Each of the plush luxury seats in the festive Ecclesiastical Pavilion here at Flag has been equipped with a set of cans in the cupholder.

COB RTC Mr. Miscavige, the Master of Ceremonies, will begin the gala by giving the command:

“Please pick up the cans, this is the event.”

“I am not auditing you.” 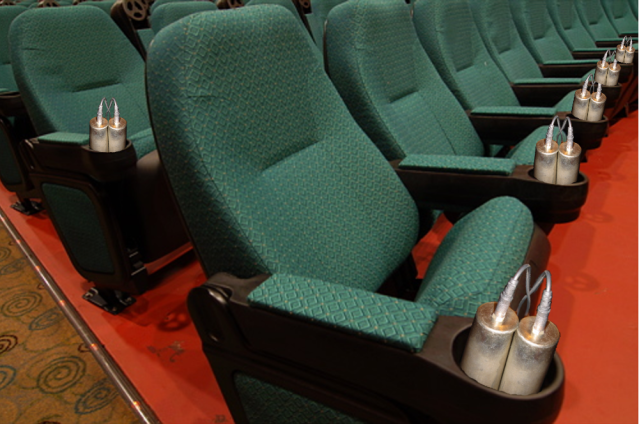 Teams of Flag sec checkers will be in the secret control room watching the needle reads of everyone in the audience. We in RTC will find your dirty needles, withholds, and rock slams!

Yes, you will be watched and followed by OSA at the event.

Mr. Miscavige expects all Scientologists present to donate monumentally and heroically and in such a way that they “go all in.”

Only by going all in may Scientologists fully realize the EP of GAT II which is “the ability to go in and stay in.”

Then again, to be fully interior with no perception is the pathway COB treads each day. And so now each of us can understand how it is that COB has been able to take the Church of Scientology into the incredible form of reality within which it exists today!