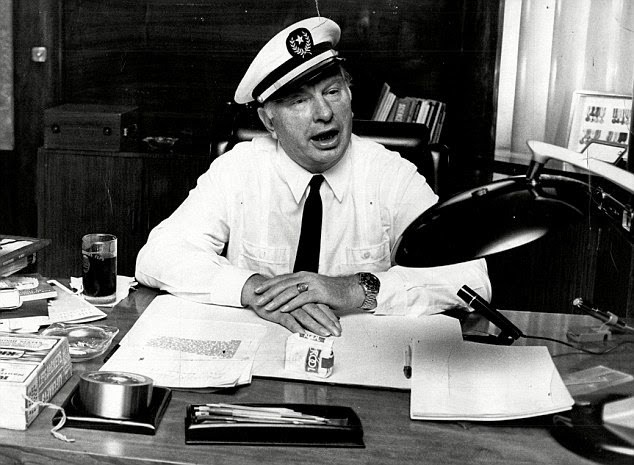 Per his Sea Org contract he had a 21 year leave of absence after which he was to return to duty in his new body. The due date for the Commodore to return was in 2007.

We in RTC gave the Commodore twelve extra years as he was on Target Two, a planet that is four quadrillion light years from Earth. We also know that thetans often find it difficult to re-enter the Earth plane due to the vicious Van Allen Radiation Belt and the Psych implanters who inhabit it.

Captain David Miscavige was endlessly patient with the Commodore. However, enough is enough. Commodore L. Ron Hubbard is hereby declared Absent Without Leave from the Sea Org.

LRH is hereby ordered to report to INT Base in 5 days or be declared a Suppressive Person for the HIGH CRIME of FAILING TO RETURN TO POST WHEN ORDERED TO DO SO.

No amnesty may apply to LRH if he fails to return as ordered within the specified period of time.