Church of Scientology spokesman Ken Delusion today announced that the Church will create history when it becomes the first major religion to globally launch new religious technology via Skype.

“This will be a Scientology event unlike any other,” Delusion promised. “COB is very excited about this unprecedented gathering of all Scientology parishioners connected globally via Skype.”

“Flag has confirmations pouring in at a record rate from across the globe!”

“COB RTC David Miscavige decided to launch Super Power via Skype for two reasons, “Delusion explained. “First, there are simply not enough hotel rooms in the Tampa area to accommodate the hundreds of millions of Scientology religious pilgrims who were readying to flock to Clearwater.  Second, and more importantly, COB wanted all Scientologists to have a front row seat for the event and that was just not possible given the monumental demand of parishioners to attend this event.” 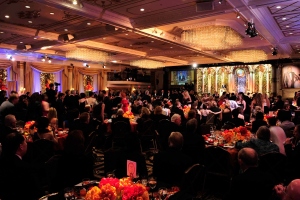 “Of course, an elite and select group of 309 IAS Patron Super-Excalibur’s will be attending the launch event in COB’s giant circus tents in Clearwater.”

“These Scientologists have, by virtue of their monumental and heroic donations to the IAS, earned the right to a seat at the live event. Nevertheless, and more to the point, all other Scientologists will have ‘the best seats in the house’ in the comfort of their own homes as they attend via Skype!” 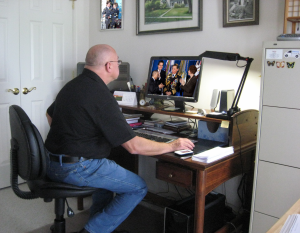 “This is a solution that will make everyone happy!” Delusion enthused.

“Mr. Miscavige has outsourced the launch of Super Power and GAT II to Nabha Media.”

“Based in Punjab, India, Nabha Media specializes in low cost, high impact  ‘guerrilla media’ — and what could be more ‘guerrilla’ than launching Super Power and GAT II on Skype?”

“Scientologists in good standing will be given the dial in number on the day of the event by their local DSA personnel. The date of the event will be announced very very soon. Scientologists who have trouble getting onto the Skype call are advised to contact Nabha Media for assistance,” Delusion stated.