Church of Scientology Leader David Miscavige Made the Butt of Jokes! 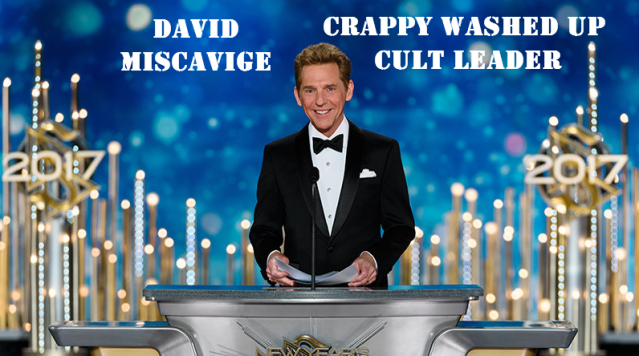 I read the press today about your recent show with Leah Remini…Having watched the segment, I was especially disappointed by some of the gratuitous comments you made in interviewing Ms. Remini, notably a snarky reference to the Church’s leader as “the big cheese,” and questioning Ms. Remini on why the Church “is not suing” her… I found it personally offensive and I was embarrassed for you.

First, COB is neither big nor is he a cheese. COB is 5’1″(129.5 cm) and is made of substance that, while having the consistency of a warm and lumpy melted cheese on a hot summer day, smells far worse and is often found on the bottom of shoes.

Third, we in the Church of Scientology have not sued Leah Remini because that would risk Mr. Miscavige being deposed in what would surely become a fishing trip into what critics have unfairly characterized as his “criminality, lies, perjury, and violence.” Simply put, Mr. Miscavige could never get a fair hearing in a wog court where savagely beating one’s acussers is not allowed as we understand the matter.

COB has been lampooned and parodied by many suppressive persons. Unfortunately, even in this age of cheap and unlimited bandwidth, bandwidth limitations prevent us from naming and shaming these millions of people who have chortled at COB and alleged that he is both a clownish incompetent buffoon and a violent self-aggrandizing narcissist.