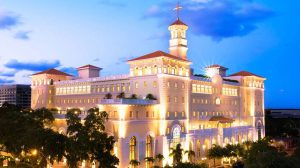 “We in the Church of Scientology are pleased to announce our sweeping and fully embracive new master plan to transform Clearwater, Florida,” declared Church spokesman Ken Delusion.

“When the Church of Scientology first came to Clearwater in 1975 what we found was a filthy and degraded little truck stop town awash in crime, drugs, sexual deviance, and disgraceful mismanagement by City Hall. Shockingly, the so-called ‘locals’ liked this existing scene because it allowed them to openly peddle drugs in the streets, consort with prostitutes, and ply their con games on tourists.” 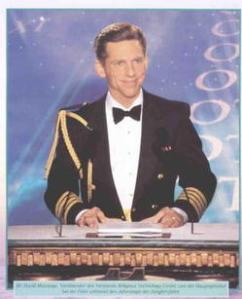 “Accordingly, we in the Church of Scientology made an ‘OT Pledge’ to clean things up in Clearwater.”

“We began with the head SP Mayor Gabe Cazares and his crooked band of ragtag hoodlums he called a police force. Mayor Cazares, his cronies in City Hall, and the dirty cops didn’t like having Scientology Ethics put in on them but so what? We in the Church of Scientology have a Planet to clear and so we took a great big push broom to City Hall and swept the place clean.” 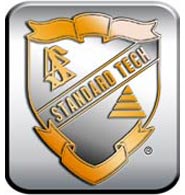 “Next on our list were the ‘local businesses’ in Downtown Clearwater that were either pawn shops, dirty book stores, or fronts for organized crime to engage in money laundering.”

“We quickly chased away those phony wog dry cleaners, pharmacies, florists, insurance agencies, coffee shops and other business out of the Church of Scientology’s precious Downtown Clearwater. The ‘locals” who had frequented those shady businesses soon discovered they needed to go elsewhere to buy their street drugs, procure their prostitutes, or pawn their stolen jewelry and electronics.”

“Downtown Clearwater has become safer than ever thanks to we in the Church of Scientology ruthlessly putting in Ethics on a city that once made all Floridians feel deeply ashamed.” 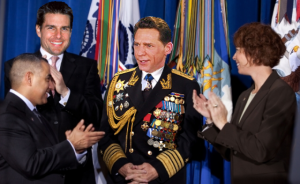 “And now our master plan for Clearwater can be announced: After bankrupting the city, we in the Church of Scientology will purchase the land, municipal facilities, and other assets of Clearwater in the bankruptcy auction.”

“Whereupon, Mayor David Miscavige will then have all remaining wog trespassers in Clearwater removed from our property quietly and without sorrow.”