12,000 People Trampled to Death at Flag Land Base!

Fatal Stampede at Flag! 12,000 Scientologists trampled to death in the mad rush to get into the Super Power Building!

“And this is why,” Delusion explained, “the crowd today at Flag swelled to over 25,000,000 Scientologists.”

“Nevertheless, and tragically,” Delusion stated, “As soon as COB cut the ribbon on the building, some 12,000 Scientologists were trampled to death in the stampede to get into the Super Power Building.” 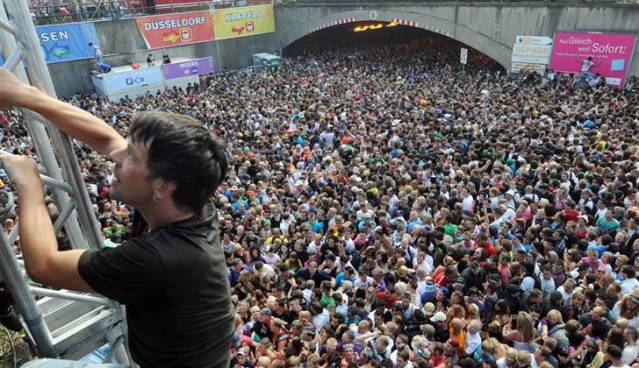 HCO was unable to bring order as the stampede to get into the new Super Power Building got out of hand!

“Naturally, this being the Church of Scientology,” Delusion added, “the dead are not mourned but are rather encouraged to go pick up new bodies, find their nearest Ideal Org, and then get this ‘death by stampede’ mutual incident handled in session. They pulled it in and they need to handle it. Meanwhile, normal operations have resumed at Flag and we regret any inconvenience the stampede caused.”

“On an unrelated matter,” Delusion noted, “any unused Flag food coupons are not redeemable for cash or for bookstore items. They may, however, be used in the gift shop.”