We in RTC are issuing a broad warning to all members of the public, concerned citizens, health care providers, attorneys general, police departments, and emergency rooms:

Due to the unprecedented straight up and vertical expansion of the Church of Scientology, there has been a 2.5% increase in squirrel and/or unapproved E-Meters offered for sale through criminal black market channels such as the internet or in dangerous back alleys located near our 235,815 Ideal Orgs.

The use of deadly squirrel E-Meters can cause irreparable harm to one’s case. The general public is warned to use only authentic silver-certed Church of Scientology approved E-Meters to prevent illness and death!

The OSA Internet Patrol Squadron (OSA IPS) recently tracked down and brought to justice a squirrel in Moldavia who was attempting to sell the squirrel E-Meter shown below over the internet for the sum of $2,000. This squirrel E-Meter was seized and destroyed by the RTC E-Meter Police (RTC EMP).

The use of deadly squirrel E-Meters can cause irreparable harm to one’s case. The general public is warned to use only authentic silver-certed Church of Scientology approved E-Meters to prevent illness and death!

Other examples of squirrel E-Meters that are illegal under Scientology Law include:

1. The deadly squirrel “Starlight” fake E-Meter is easily recognized by its use of cheap shiny plastic, a defective Chinese needle movement, and the fact that it is powered by the toxic radioactive isotope U-232. Dizziness, diarrhea, dyslexia, confusion, and hallucinations have been reported by the victims of this device whose lives were only saved by the special Flag Land Base Unapproved E-Meter Rescue Rundown (UEMRR). 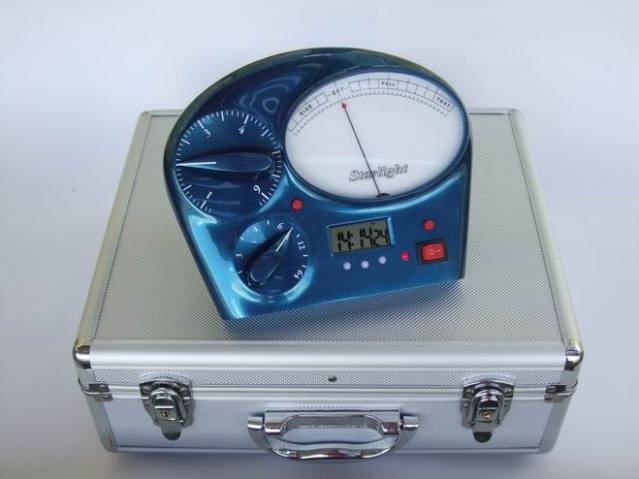 2. The Q11 Vulcan  Meter with its garish golden plastic knobs and tinny cans is not only a fashion nightmare, it is extremely lethal as its unregulated current has been shown to turn on the Helatrobus Implant in >90% of persons who are foolish enough to use it. Again, the victims of the Q11 can be saved and cleaned up only by the Flag Land Base Unapproved E-Meter Rescue Rundown (UEMRR).

To keep yourself and your loved ones safe from the dangers that come from using unapproved squirrel E-Meters, we in RTC remind one and all that only E-Meters designed and built to Church of Scientology specifications are safe for use — and only then in an RTC approved Church of Scientology!

We in RTC conclude by issuing a “friendly reminder” to the public that the possession, sale, or use of any unapproved E-Meter is a Class A Felony punishable by incarceration in a Scientology religious prison for a term of fifty years to life. Pictured below is a black market E-Meter dealer who was hunted down and arrested just last week by the RTC E-Meter Police for trafficking in unapproved E-Meters: