Why Scientology Costs So Much Money 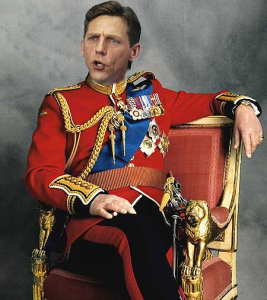 Imperial Scientology Naval High Command Surface and Undersea Forces Fleet Admiral David Miscavige of the Exalted Religious Technology Center, the Guarantor of Ecclesiastical Purity in all Sectors of the Galaxy excluding those jurisdictions where the Besotted Fleet Admiral is named in lawsuits, subpoenas, depositions, arrest warrants, or where he is otherwise in jeopardy of being held accountable for his own actions.

“We in the Church of Scientology wish to point out that planets don’t clear themselves,” declared Church spokesman Ken Delusion.

“Factually,” Delusion emphasized, “you can’t put a price on TRUTH except we in the Church of Scientology can and do each and every day because someone must. Our technology allows us to do such things as put a price on engrams and other crimes.”

“People must be made to pay for their crimes and we in the Church of Scientology are here to collect their money.”

Raging Homo Sap Raw Meat Wogs are a Danger to All Scientologists.

“As a general rule, an ordinary engram costs, on average, $12,500 to handle. Your typical homo sap raw meat wog usually has hundreds of thousands or millions of engrams. This is why auditing always inevitably adds up to great big sums of money. Such is the price of unenturbulating enturbulated theta.”

“And then of course there are IAS statuses to be purchased.”