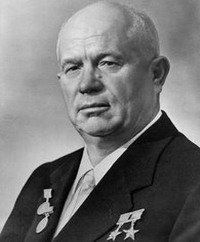 We in RTC are pleased to present another inspirational talk and call to action by Comrade Dr. Frank Wonderman.

My fellow Scientologists, we in COB’s  newly created Fundraising Police have been personally fired on sweeping worldwide missions by COB himself.

Our mission orders are to locate and shatter the remaining pockets of parishioner resistance to donating all monies to the IAS now.

Surveys have shown that Scientologists these days so often natter and complain about “excessive and constant fundraising”conducted by the IAS, Flag, the Ideal Orgs, Bridge Publications, etc.

Actual research conducted by the Fundraising Police has conclusively proven that there is no “excessive and constant fundraising” going on anywhere in any Scientology organizations. Rather, the nattering is all caused by Reactive Mind phenomena, i.e. Scientologists are being banky and have gone into covert criminal agreement that there is “too much” fundraising.

Scientologists have gone solid on this psychotic computation because they have other fish to fry. Specifically, recent sec checks conducted by we in the Fundraising Police uncovered pathetic justifications for not donating money to the help COB reverse the global emergency. Claims of near-bankruptcy, unemployment, a bad economy, and so on are all a make wrong of COB and his bold plans for Planetary expansion.

These excuses are pathetic. Frankly speaking, if you are not able to earn the wherewithal to go up your IAS Bridge to Total Patronage,  then you do not belong out there in society. In his great mercy and beneficence, therefore, COB is offering a way out of the trap for those Scientologists who have become PTS to the middle class: Join the Sea Org!

What’s that? You do not wish to instantly flee your so-called “poverty” and immediately join the Sea Org where, except for underclothes, shoes, sleep, hygiene items, and toilet paper, you will be very generously provided for. Well then my dear comrade it would appear that you are not as gut-wrenchingly poor as you have been pretending. You obviously have some monies hidden away and are holding out on COB!

Report immediately to the Fundraising Police Office in your Org!