“Having profusely acknowledged COB, it’s now time to announce the winners of the IAS bowling tournament and give them their trophies.”

“The Grand Prize winners are Bob “Big Pharma Tycoon” Duggan and his lovely wife Trish. Bob and Trish’s smoking-hot 287 average flattened the competition like bugs on a windshield! Well done to first place bowlers B and T!”

“At 2nd place we have Sheila and Alan Atkison-Baker whose combined average of 271 was enough to put some serious heat on Bob and Trish in those dramatic last five frames of the final playoff game.”

“Scoring third place with a solid 265 average were Craig and Sally Jensen. Too bad Bob’s business these days isn’t as strong as his ability to pick up a 7-1o split!”

“The trophy for ‘Most Improved Bowlers’ over last year’s couples tournament goes to Grant and Elena ‘Olive Oyl‘ Cardone. Their 259 average blew the socks off their pathetic 151 average last year. Let me tell you this: That skinny gal Elena can hurl a bowling ball down the alley like it was a greased cat! Grant and Elena have been practicing all year here at Theta Lanes and it really showed at this year’s couples tournament!” 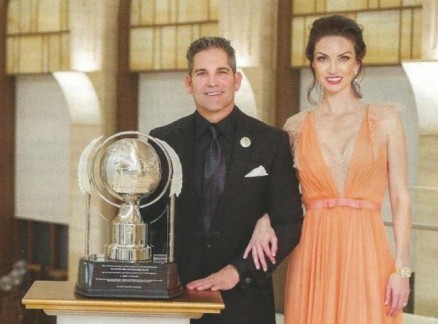 “And finally, we in the IAS Bowling Operations and all the folks here at Theta Lanes want to give a special award for ‘Bowling Excellence’ to COB RTC David Miscavige. No one has ever met a more kind, a more compassionate, and a more caring bowler — and we have met the bowlers of bowlers! Thank you sir and here is your big shiny IAS bowling trophy!”