No You May Not Have a Copy of Your SP Declare

We in RTC are often badgered by bitter defrocked apostates for actual paper copies of their goldenrod declares.

This will never happen so don’t even ask.

We in RTC know the cunning of newly-declared SP’s.

We know that SP’s will run to the internet and post their SP declares for the entire world to see.

This is totally Out PR.X

An SP Declare is a private matter between the Church and a former parishioner. Frankly, an SP Declare is a “Badge of Shame” and yet SP’s treat it as if it were some sort of war trophy to wave around on the internet and whoop it up like it getting declared was a big joke.

An SP Declare is meant to be a dark, black, end-of-the-world curse. It is not treated as such by modern SP’s. This is a problem and so we quit handing out SP Declares. We keep SP Declares in HCO’s in locked cabinets, We only remove them to secretly to Scientologists in good standing. Moreover, SP’s Declares are shown only upon demand – and then only specific declares are shown on demand. No one gets to know everyone who has been declared. That is too much data.

We in RTC also do not want the public to know how many people have been declared SP’s. But we can tell you this: The Church has 12,000,000 members and 2.5% are SP’s, thus there are at least 300,000 SP’s running loose and enturbulating us on the internet.

Then again, every SP alleges that his or her SP Declare contains false data. This is untrue because, by it’s very nature, an SP Declare can only be true as it contains only facts.

Moreover, we in RTC realize that any “acceptable truth” we place on an SP Declare could be grounds for a lawsuit against Mr. Miscavige. Given the stable datum of “Don’t get COB named in a lawsuit” we refuse to hand out SP’s Declares as a way to avoid lawsuits.

We in RTC don’t want toxic SP’s to get anywhere near COB, particularly these days when GAT II has boomed the Church to highest-ever-highest-evers and COB is opening fifteen new Ideal Orgs each week.

So no, you may not have a copy of your SP Declare. 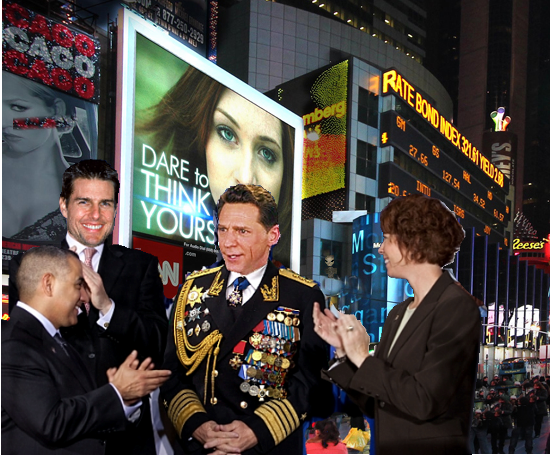