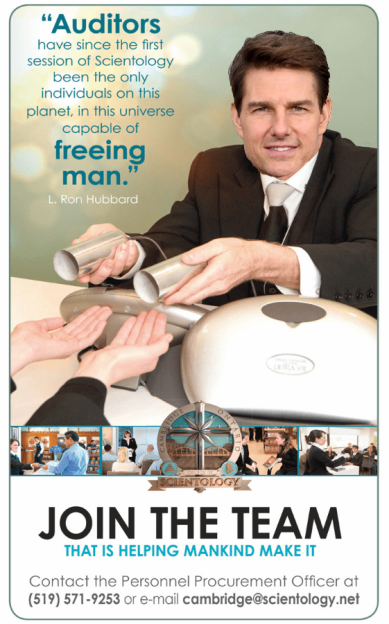 Scientologist Tom Cruise announced today that he has quit his acting career to become an auditor in the Sea Org. “This planet’s not going to get cleared unless I help,” said Cruise. “That’s why I’ve become a Sea Org auditor at the Celebrity Centre — and that’s what all of us have to do: We have to sacrifice now to help to get this planet cleared.”

Scientology spokesman Ken Delusion remarked that, “Tom Cruise’s first preclear is a tough case, a new Scientologist named Harvey Weinstein. Tom already has Harvey writing up his crimes and this may take years to complete.” 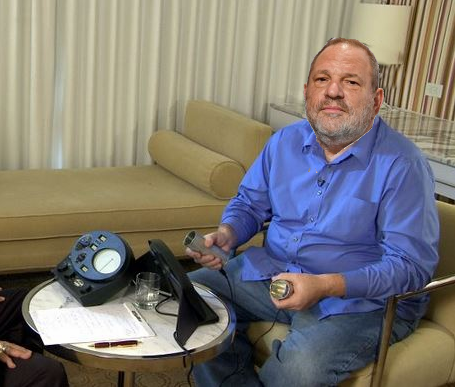