RTC Survey Shows 64X Increase in “Happiness Units” in the Church of Scientology!

Recent surveys conducted by we in RTC have shown a 64X increase in Happiness in the Church of Scientology.

“Increased happiness is a function of COB RTC Mr. David Miscavige finally getting in 100% ON SOURCE Tech for the first time ever.”

“And as the Thetan increases his or her happiness units by 64x,” remarked Delusion, “there follows an overall willingness to increase one’s IAS Patron status to the next highest level.”

“And so by way of making a fully embracive acknowledgement to COB for finally getting in 100% ON SOURCE Tech, COB is asking Scientologists to upgrade to their next highest IAS status.” 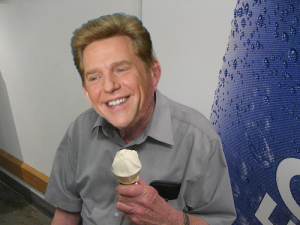 COB: “Is it hot in here or is it just me? Seriously, it’s hot in here. And I feel like insects are crawling all over my skin. I think I picked the wrong decade to give up the booze. Better wait ’til 2022 or some other time.”

When asked to comment, COB replied, “The Founder thought so little of Scientologists that he aimed low and wanted only 5.4% expansion — and that’s all he ever got.”

“Well, I need, want, and get more than the Founder ever did.”

“I want my game to be about 64X’ing your IAS status every three months. That kind of IAS expansion is our only guarantee of keeping the Tech 100% standard.”