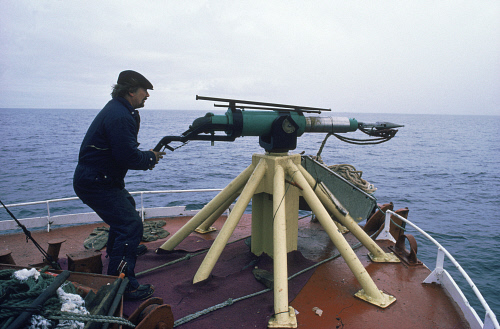 “The Church of Scientology will commence whaling operations next week,”  Church spokesman Ken Delusion announced during a press conference at Scientology Media Productions in Burbank.

“While we in the Church of Scientology realize that whaling is a universally hated and despised activity, newly discovered Church scriptures demand that we kill as many whales as possible and then sell whale meat in Japan as part of our Constitutionally-protected religious sacraments.”

“We in the Church of Scientology are no strangers to controversy, “Delusion added. “Indeed, we routinely use child labor, pay slave wages, order forced abortions, break up families, and engage in human trafficking. We even lock up our own clergy in religious prisons where they are forced to perform back-breaking manual labor for decades under the most abhorrent deprivation possible, this to atone for their crimes. Therefore, we will ignore all wog protests about our religious rights to engage in whaling,” 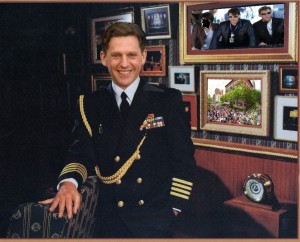 “Captain David Miscavige, already a proven expert in harpooning and stripping the blubber from Scientology whales, will fire the first harpoon from our brand new whaling ship the SS Monique Yingling.”

“In addition to selling the meat of assorted whales in Japan, Delusion noted, “the Church of Scientology will use satellite technology to conduct very targeted religious hunts for sperm whales. Our ecclesiastical predation of sperm whales will allow us to enter the highly lucrative sperm-oil business; the Asian demand for religious sperm oil being at an all time high.”

“Along with harvesting the pelts of endangered species in Africa for use in our ecclesiastical rites, we in the Church of Scientology have also recently kicked off our  religious dumping of radioactive Cesium-137 isotopes from spent nuclear reactors into the oceans of the world as part our sacramental observances.”