“It can all be summed up in two words,” declared Church of Scientology spokesman Ken Delusion, “COB cares.”

“Indeed, COB cares so very, very much that he recently and fully surveyed the decaying state of the world.”

“What emerged from COB’s assessment of  world conditions,” Delusion announced, “is that the world is in dire peril and could, and quite literally so, end at any moment.”

“Whether the world ends due to invaders from outer space, disease, or a madman pushing a button does not matter,” Delusion noted. “What matters is that the Church of Scientology  handle Armageddon now.”

“And so in view of this great planetary emergency, COB has ordered all Ideal Orgs immediately be converted into CST Vaults; this so that the Tech will be preserved no matter what.”

“And indeed,” Delusion emphasized, “The Ideal Orgs these days have essentially become CST Vaults: Empty and full of pristine, untouched, unused, and well-preserved copies of the Tech.” 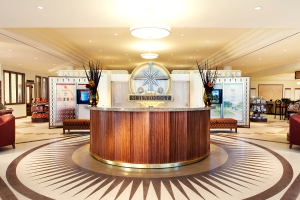 “Manned by skeleton crews, visitors are seldom if ever seen in the Ideal Orgs — and on those very rare occasions when a visitor does appear, staff are invariably startled and shaken from their somnolence.”

“Ideal Org staff already have, essentially, the CST duties of maintaining empty Tech archives. Therefore, as no staff retraining is needed, it made sense to COB to encase the Ideal Orgs in concrete and steel and re-purpose them for use as new sites within the global network of CST Vaults.”

“However, there will be one key difference.,” Delusion remarked. “Unlike the current CST Vaults which are impregnable fortresses, COB will permit qualified, pre-screened, and sec-checked visitors into the new archival sites.” 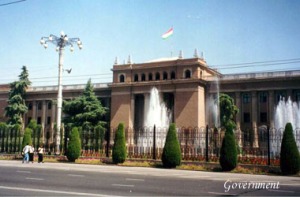 “COB is proud to announce  his latest program for planetary salvage in the face of Armageddon: The stately CST Visitor Centers. Self-guided tours are available from 1:oo-3:00 PM Monday-Thursday.”

“Included in each of  the new CST Visitor Centers is an exact replica of an actual Scientology Org. Plan ahead and reserve a headset for the self-guided tour. A visitor fee of $22,935 is required. Included in this fee is the mandatory 12.5 hour sec check intensive. Visitors will be billed if additional sec check intensives are needed.”

“In other news, COB will be re-re-re-re-grand-opening Flag, CCI, PAC  Base, and St. Hill as Scientology Monasteries.”

“And so it goes without saying,” Delusion summarized by way of concluding, “that donations are urgently needed to renovate and upgrade these dingy and shopworn old buildings and turn them into Ideal Scientology Monasteries.”