The Naked Facts of Suppression

An Essay and Call to Action by Comrade Dr. Frank Wonderman

With what are the declared SP’s connected?

They are connected, first of all, to their own unhandled ARC break over Chairman Miscavige’s necessary GAT I redefinition of a floating needle (F/N) to three-needle-swings.

For if we are to state the truth of the matter, the old definition of an F/N was too loose and gave false wins.

These false wins created an equally false euphoria and consequent false attests to the state of Clear (or even OT in a few rare cases) in the ignorant class of professional preclears (publics) from whence these declared SP’s originated.

However, as their later actions would prove, this ignorant class of professional preclears were merely euphoric dilettantes whose glibbidity was surpassed only by their hidden suppression — a hidden suppression that was eventually located and shattered by the heroic actions of our own unfailing internal security apparatus.

Whereupon, it logically follows to that in order to make the Founder’s books readable, and thereby to put in context his epochal three-needle-swing F/N, Chairman Miscavige reissued the Basics in 2007 as a personal favor to this ignorant class of professional preclears.

But even this glorious triumph of technical majesty was not enough for the ignorant class of professional preclears. No, this class proved ungrateful and even hostile. 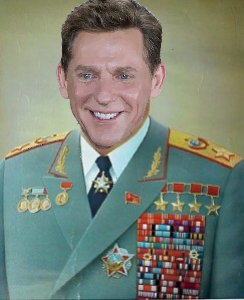 These professional preclears proved themselves to be suppressive wreckers when they later  openly declared themselves SP’s in unspeakable acts of online aggression and mutiny  towards Chairman Miscavige and the Church itself.

In doing so, they attacked mankind’s only hope of salvation. And for this reason, our internal security apparatus acted to protect our glorious technical revolution and the endangered repute of Chairman Miscavige.