All heads of state have acronyms:

* The Secret Service acronym for the President of the United States is POTUS. 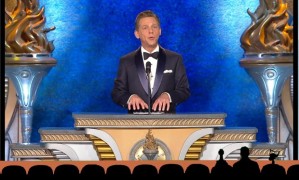 And just as Wog president Brent Obama is often the target of entheta and criminal Joking & Degrading, so too is the POS who leads the Scientology religion.

The facts are shocking: Behind the lunatic fringes of the internet is an orchestrated plot to stop Planetary Clearing.

This plot is most notably seen in the diabolical machinations at work to depose COB RTC David Miscavige in a Texas courtroom in wholesale violation of his religious rights as the Pope of Scientology (POS).

And make no mistake about it, COB really is the POS in the existing scene.

This plot will not succeed as OSA and seventeen lawyers are hard at work for the POS who heads our religion.

Even now plans are being undertaken to place full page ads in leading newspapers exposing this plot and decrying the internet as a Psych-funded terrorist playground.

So yes, the Church of Scientology is hard at work in governments throughout the world to outlaw the internet in the same way we ended the Cold War and were responsible for the collapse of the USSR.

Please donate to the IAS today to help the POS who heads our religion fend off the multitudinous legal challenges being thrown at him by the various agents of   SMERSH and of the cabal of British Bankers who seek his overthrow by nefarious means.