Tom Cruise recently had a thought that he wanted to quit Scientology. Tom confided this thought to a so-called friend who immediately leaked the story to the wog media as we see above.

Because Scientology’s Office of Special Affairs dutifully monitors the phone calls and e-mails of all Scientologists 24/7 (see Ecclestiastical Contract 22: Relinquishment of All Rights to Privacy as a Scientology Parishioner), Tom’s blow thought was immediately relayed to Fleet Admiral David Miscavige.

A specially-trained OSA retrieval team was fired off on a mission to save Tom Cruise. Time was of the essence: Blow thoughts are dangerous, travel at light speed, and spread quickly the contagion of aberration. A seeming Mongol Horde of OSA members descended upon Tom Cruise. The team disabled Tom’s personal bodyguard by use of tranquilizer darts, chemical sleep drugs, and other crippling nerve agents. Tom Cruise was bound, gagged, hooded, and thrown into the armored RTC prisoner vehicle.

After weeks of an intense around-the-clock Introspection Rundown modeled along the lines of Trujillo’s security deputy Johnny Abbes García, Tom Cruise had a breakthrough: “His” blow thought was not his own. The blow thought was part of an installed implant command to publicly depart Scientology and publicly speak out against Scientology organizations and leaders.

The implant had been installed by “PDH” when Tom Cruise had broken his ankle.

What is PDH? The Founder informs us of its meaning as used in Scientology:

PDH: abbreviation for pain-drug-hypnosis, a behavioral modification technique used by military and intelligence services in which pain, drugs or hypnosis, or any combination of these, are administered to drive an individual into a state whereby he can be given suggestions or commands subconsciously. Dianetics auditing can undo the effects of PDH. 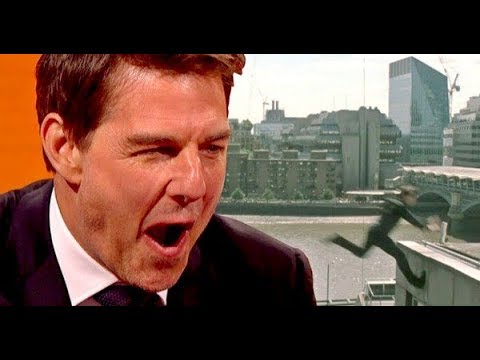 OSA specialists determined that the surgeon who worked on Tom’s broken ankle was also a Secret Psychiatrist. Before surgery, this so-called surgeon said to Tom, “Let me give you a little something for the pain.” That “little something” was a powerful hypnotic and implanting drug. While under hypnotic sedation, the Psych implanted a command into Tom Cruise to publicly resign from Scientology.

Standard Dianetics auditing was used to undo the effects of PDH on Tom Cruise. He has now been returned to service as the third biggest being in the universe.