The movie opens with Sam the Scientologist, played by Tom Cruise, being ejected bodily from a saloon and hurled onto the dirty streets of Wogtown: 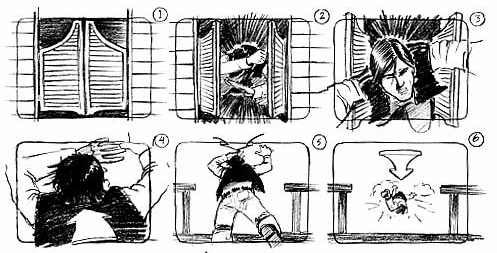 Scene 2: The bad guy “Imonda Internet” emerges from the saloon. A showdown on the dirty streets of Wogtown between Scientology and the Internet shapes up. This powerful metaphor between the forces of good (Scientology) and evil (The Internet) defines the existential struggle for Scientologists:

Message: Sam represents COB. Sam’s gun represents the IAS. The bullets in Sam’s gun and on his gun belt represent donations to the IAS. Thus, the movie’s central message is conveyed in the opening seconds of the film: Have you donated to the IAS to put bullets into Sam’s gun? Or are you a CICS dilettante?