“I was at Flag Land Base taking an afternoon nap in the Presidential Suite when I suddenly floated out of my body and went exterior,” said OT VII Tom Cruise.

“I floated into auditing sessions in the HGB and watched a bunch of theetie-wheetie spectators, these 1.1 publics who have not ‘gone all in’ for the cause, get audited for a few hours!

“What people give up in session! I had no idea of just how grossly out ethics these degraded beings were! Well, that’s what happens when you’re out KSW. Not with me man! I read KSW and it’s like pfffft! I don’t mess around with it.

“I  then floated into the Super Power Building. The acrid stench of metabolizing niacin, flatulence, and body odor hung in the air as meat bodies circled endlessly around the running pole. 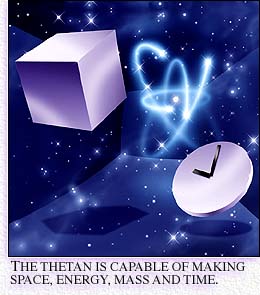 “I next floated into the theta universe where I made space, energy, mass, and time. After I got bored with that, I made Platonic solids and clocks that hovered in space.

“I made a googleplex squared of Higgs bosons, accelerated them to light speed, and then drank them down like a hot plasma milkshake when they converted to energy.

“I then became queasy and disoriented as if there were a change of space process. I felt a disturbance in the force back at Flag.

“Soaring effortlessly back to Flag as the all-knowing thetan-exterior astronaut I had become, I was drawn to a secret room seven-hundred meters below the surface of the Earth. Down, down, down I went into the dirt and bedrock to this secret room.

“And that is when I saw the single most diabolical secret at the very heart of the Church of Scientology: COB RTC David Miscavige is actually a Marcab robot that Scientology’s wog lawyers keep stored in this secret room when ‘COB’ is not needed.

“I cognited, I suddenly knew, that Scientology’s wog lawyers are the covert Marcab group that secretly runs the Church — and they replaced Dave Miscavige with a robot in 1993 right after tax exemption!

“It all makes sense now. Why Dave Miscavige looks like a mannequin with a bad hair weave. Why his speech is sound processed. Why the Church uselessly spends money on empty buildings; why the Church re-issues books that have been re-issued and re-issued forever; why Scientologists have to sign endless contracts, waivers, and bonds;. and why there is a never-ending grab for money all the time everyday.

“This is something only wog lawyers would do!

“And that is why I’m leaving Scientology forever!”