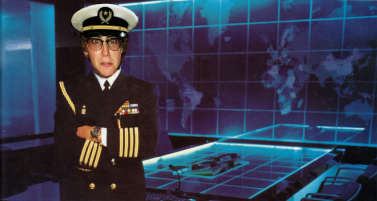 “The answer is that Alex Gibney used footage of  Mr. Miscavige. The power and charisma of Mr. Miscavige is what made Going Clear an Emmy-award winning film because, frankly, aside from COB’s speeches, the rest of the film was just some people talking.”

“Accordingly, we in the Church of Scientology have filed a ten billion dollar lawsuit against HBO and Alex Gibney in which we demand the return of the three Going Clear Emmy’s to David Miscavige, the rightful winner of these Emmy’s.”

Captain Delusion further noted “COB won his first Emmy for his televised 1992 interview with wog reporter Ted Koppel — and now with his three new Going Clear Emmy’s David Miscavige has won a total of four Emmy’s — and what other global ecclesiastical leader can say that?”