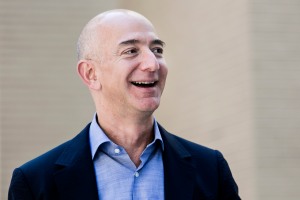 * Clerical employment in Amazonology’s Fulfillment Org is now, if such a thing can even be believed, much more brutal than in Scientology’s Sea Org.

Amazonology’s ecclesiastical leader Jeff Bezos hotly denied that working conditions were bad and blamed “bitter defrocked Amazonologist apostates and eBay bigots” for spreading Black PR against Amazonology.  “We are the most efficient group on the planet,” Bezos added.

Religious trading markets reacted sharply to the news that Amazonology had surpassed Scientology as the world’s fastest growing religion. A massive selloff of Scientology shares sent prices plunging to -$2,559 per share. Scientology billionaire Bob “Big Pharma” Duggan and Religious Technology Center boss David Miscavige immediately reacted to the news by buying back 50,000000 Class A shares of Church of Scientology International stock. “We have to turn this dire situation around,” said Miscavige, “or this planet is lost.”