Given the recent controversy with high-ranking generals going “out 2D” — which in wog language means having sexual relations outside of marriage — President Obama today signed a multimillion dollar contract authorizing the Church of Scientology to perform mandatory sec checks on senior US military officers and CIA officials.

“We have 100% certainty that Scientology’s copyrighted sec checking technology will help the President put in Ethics on the US Military and the CIA,” said Fleet Admiral David Miscavige as he demonstrated sec checking to members of the Senate Select Committee on Intelligence. 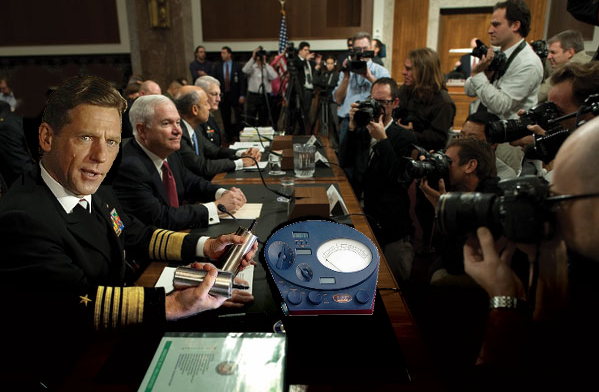 Under the President’s new program, high ranking military generals and CIA officials will be asked these sorts of questions from standard Church of Scientology sec checks:

Have you ever embezzled money?
Have you ever been a drug addict?
Do you hope you won’t be found out?
Do you think there is anything wrong with having your privacy invaded?
What do you wish you hadn’t done?
Are you upset by this security check?
“We can trust sensitive issues of national security to the Church of Scientology,” commented Senator Saxby Chambliss, “because the Church is the most ethical group on the planet.”
Sec checks are slated to begin at the Pentagon tomorrow. Former CIA Director David Petraeus will be grilled for several hours by RTC sec checkers who will ask him hard-hitting questions such as, “Have you ever had anything to do with a baby farm?”
“Once we have sec checked senior officials,” Fleet Admiral Miscavige noted, “we expect to find that all of them are List 1 Rock Slammers who are secretly employed by Psychiatry. They will accordingly be turned over to RTC for prosecution.”
During a White House press conference, Vice President Joe Biden  agreed that the Church of Scientology offered, “the best way to handle this gross out ethics situation with top military leaders and CIA officials.”
“The Church of Scientology will find their crimes and America will be more sane as a result,” concluded  Dr. Horton Digby Smathers, the White House Director of Scientological Processing.

My Tweets
Join 5,448 other followers