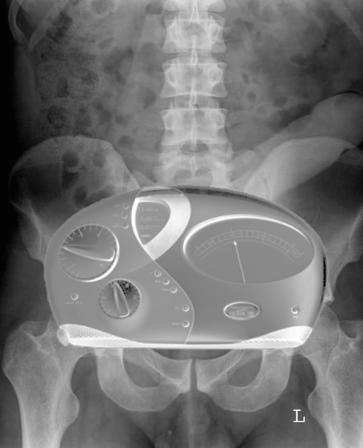 “When word got around that Scientology had a new top-secret e-meter that could instantly cure-all forms of psychological distress and thereby eliminate the need for Psych drugs, Big Pharma was terrified! Big Pharma knew that Scientology was poised to put Big Pharma and its army of Psychiatrists out of business!”

“The Psych literally shoved the new meter up his backside in order to conceal it. However, OSA Security caught him as he was painfully waddling out of the Org. An x-ray showed the meter lodged in his rectum. The Psych tried to flee but obviously didn’t get very far.”

“The suspect was arrested without incident and has been charged with the attempted theft of a patented religious artifact. The e-meter had to be removed surgically; it was not a pretty sight.”