McDennis Whiner: It was unpleasant to be around David Miscavige —not just because of his demeanor, but because he was such a drunken slob in regards to handling his environment and his belongings.

Despite receiving special treatment and care, David Miscavige has never produced anything valuable. As I see it, his being COB RTC eventually worked against him, because no one was quite sure how to get him to straighten up his own ethics. And it’s unquestionable, his ethics and morals were beyond LOW.

And no matter what we did, no matter how hard we tried, we could not stop David Miscavige from defecating on the carpet when he was angry — which was often. He was like a mad and vengeful dog. Things are so much better since David Miscavige fled to Bulgravia! 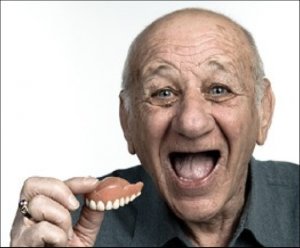 Peter Schlep, Musician, Composer, On the Wings of Gloves

Peter Schlep: David Miscavige actually tipped me off to his method as a con man “getting by in life” mentality when I first met him in the mid ’80s.

At the time I was a successful songwriter. However, after I joined Sea Org I have been forced to write and compose crap fit only for David Miscavige’s atrocious and self-aggrandizing pageants. How I came to squander my talent writing music for David Miscavige’s Nuremberg rallies and becoming a sycophantic cult member is a story for another time.

David Miscavige confided a few things to me. He told me that when he joined the Sea Org as a young man he laundered millions of dollars for the Founder to ingratiate himself with the Old Man. All the money was invested in McDonald’s and that’s the real secret of the Church of Scientology: Through our front groups we secretly own and control 85% of the McDonald’s restaurants in the world. The IAS and the Tech are just a way for us raise money in order to grow our undisclosed majority interest in McDonald’s! You want to be an OT? Great! We want your money so we can buy the remaining 15% of McDonald’s that we don’t own!

David Miscavige threw the Old Man’s wife under the bus — and he later did the same thing to his own wife. As a result, the Old Man gave David Miscavige a cushy job as COB ASI. David used this non-Sea Org position to line his pockets with money. David Miscavige told me that he personally owns at least 900 McDonald’s restaurants just in California,  Arizona, Nevada, and Texas.

For David Miscavige, the Sea Org is a con game he built around leverage and perks and he bragged about it to me on many occasions when he had been drinking. David has used people to his own advantage for decades now instead of having to work for a living.

And so while we in the Sea Org work and study hard to be ecclesiastical, David Miscavige makes other people do all the work and he takes credit for it at his gaudy pageants. David is so illiterate that he can’t even write his own speeches. That’s why he needs Danny Sherman to write his speeches.

Worst of all, David Miscavige forced everyone in the Sea Org “contribute” to buy him birthday and Christmas presents. We make maybe $40 in a good week and yet he forces us to buy him gifts! One year we bought him a brand new Acura and yet look at how he treated us!

Things are so much better since David Miscavige fled to Bulgravia!