David Miscavige: Jerry Falwell Jr. Should Have Locked His Wife Away Like I Did Mine. All Male Religious Leaders Should Do It. 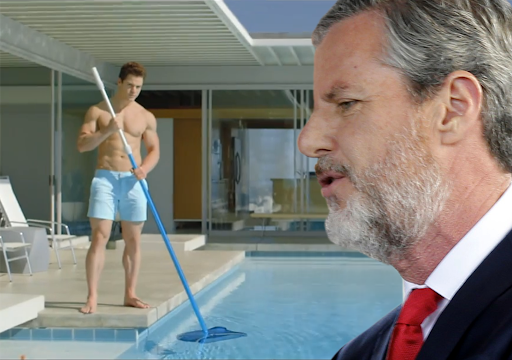 “Women cause all of the problems in the world and have since the Psychs implanted them trillions of years ago on the planet Farsec,” said Scientology ecclesiastical leader David Miscavige. “Women are crazy. They’re not hyper-rational supercomputing beings like me or Tom Cruise.”

“Mary Sue caused Ron all kinds of trouble with Snow White,” Miscavige noted. “I didn’t want my wife scheming behind my back so I put her on a permanent special assignment in a place from which she can’t escape. Think Luke Skywalker frozen in carbonite.”

“Jerry Falwell Jr. should have locked up his wife to keep her away from pool boys. Now look at what’s happened: The poor slob lost his job. Worse, all Jerry got was a lousy $10.4 million dollar severance package! That’s chump change! Hell, I spend more than $10 million a month on wog lawyers,” Miscavige complained. “And what do those morons get me? Nada. I still have to change locations every night to avoid the service of subpoena.”

“In the bigger picture,” Miscavige stated, “Scientology could have helped Jerry Falwell Jr.’s wife handle her insaitable appetite for young hunky, sweaty, glistening pool boys. That’s her ruin and why she went Out 2D. As for Jerry liking to watch, well, we in the Church of Scientology also like to watch. The only difference is that we video everything in case we need to blackmail someone for our own protection.