“Mr. Miscavige is asking for $500 million in damages and an apology from the Catholic Pontiff,” said RTC attorney Heinrich Leibermann.

Mr. Miscavige also showed the media how to deliver a proper ecclesiastical beating by repeatedly slugging one of his woebegone RTC underlings. “That’s how you properly discipline a miscreant,” said Mr. Miscavige. “None of that Nancyboy slapping like Pope Francis did when he stole my copyright religious beating tech!” 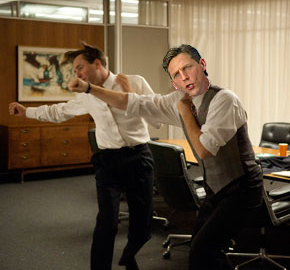