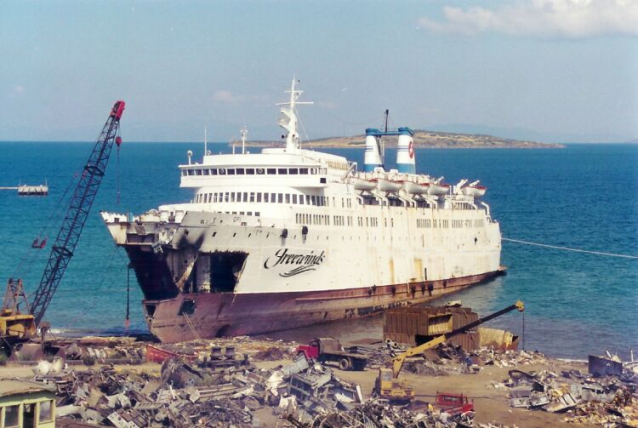 “Captain Mike Napier was at Flag for a heavy Ethics cycle. This left Ensign Nandor Vörös in charge of the vessel. In what has to be the worst telex error in the entire history of Scientology, the MV Freewinds was scrapped this past week,” said Church spokesman Ken Delusion.

“Captain Napier had left orders for the ship to be ‘scraped‘ as in ‘scrape off the barnacles and the hull in preparation for painting.’ However, Ensign Vörös, whose native language is Hungarian, read the telex incorrectly and had the vessel immediately scrapped in a shipbreaking yard in Colombia.”

“A Comm Ev found that no clay demo of the order to scrape the ship had been done. $100,000,000 is needed right now for a new ship. OTIX and OTX cannot be delivered as promised without a new ship,” Delusion noted. “COB has also ordered a stop to OTVIII as that level too can can only be done on a ship.” 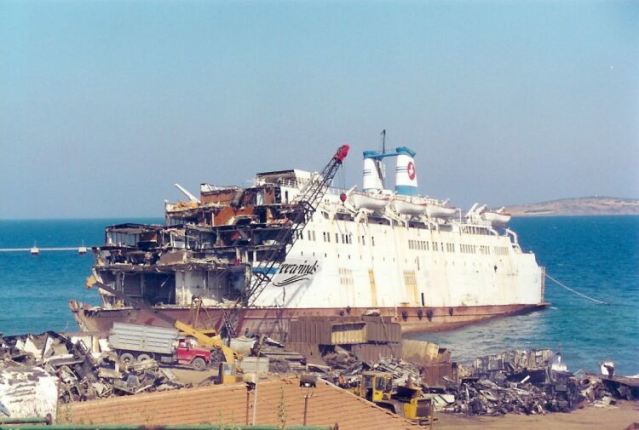 “The sudden loss of the ship is a disaster for Scientology Media Productions as well, “Delusion added. “SMP’s first swashbuckling feature film Scientology: Buggery on the High Seas was to be shot aboard the Freewinds. Based on an LRH screenplay, the film was to be broadcast globally by SMP. COB has fired off an RTC why-finding mission to ferret out the hidden Psychs behind this fiasco!”