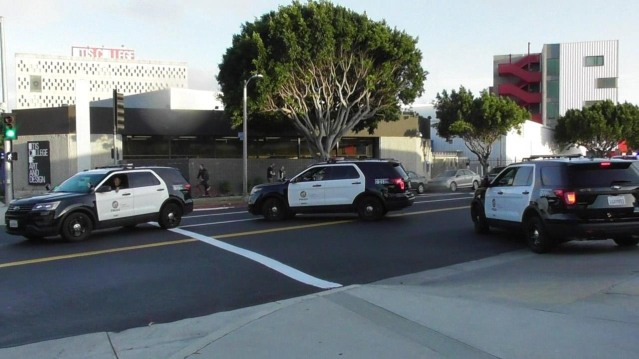 Scientology OT VIII and IAS Premier Luminary Don Dissemination was in a cold sweat. He’d just robbed a bank at gunpoint and was fleeing the scene. As Don rounded the curve in the road, the police had set up a roadblock. Don, acting gangster style, threw his loaded 9mm out of the passenger window into the bushes.

The police pointed their weapons at Don’s head. Game over. Don threw his hands out the driver’s window and surrendered. The police dragged him out of his car, placed him face down on the pavement, cuffed and searched him. $185,000 in cash was in the bag Don had used to rob the bank

As a police woman looked in Don’s wallet she saw his IAS membership card stamped with “Premier Luminary” in gold leaf. “Why didn’t you tell us you were a Scientology Premier Luminary?” asked LAPD Sgt. Nancy Magneto.

“Let him go! He’s a Scientologist!” Sgt. Magneto told her officers. The LAPD officers began to laugh, uncuffed Don, and placed him back in his car. Officer Dag Diego handed Don his 9mm that he’d found in the bushes.

“Next time you do a bank job just let us know in advance. We’ll make sure we’re on the other side of town,” Sgt. Magneto chuckled.

“Thanks!” Don replied. With VGI’s and an F/N as he drove away, Don noted how all of his postulates to make a clean getaway worked today. This was because he kept KSW fully in.