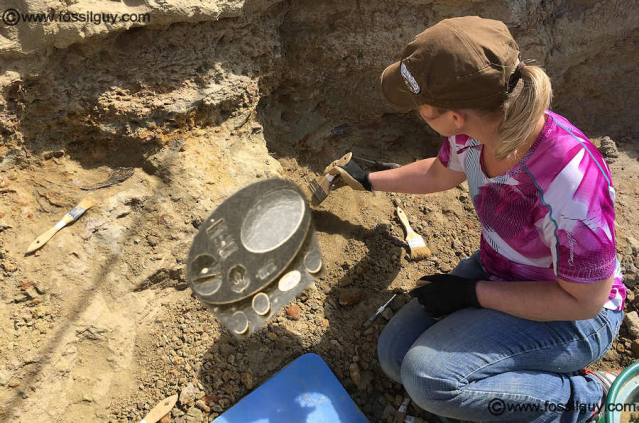 “The world-changing discovery of a fossilized e-meter at a dig in Iraq proves that Scientology is 50,000 years old,” announced Dr. Ken Delusion, Scientology’s Director of Archeo-Emeterology, an emerging new scientific field.

“Also found by Scientology archeologists were primitive electrical ‘Baghdad Batteries’ that were used to power the ancient e-meters.

“Golden plates discovered at the scene were quickly translated using the Urim and Thummin on loan from our friends at the top secret Mormon archives that  Leonard Arrington and the squirrels in his hated History Division were never allowed to know about.

“The plates show that LRH was then using the royal name of ‘El-Ron-Atam, the Hubbard of the Nile, and the Fountainhead of the Technology of 100% Standard Scientology.’

“Additional information decoded from the golden plates  proves that the Giza Complex and the Great Pyramid were all ancient Scientology Ideal Orgs,” proclaimed Dr. Delusion. “We in Scientology have at last been vindicated as being the original, oldest, and the only true religion on Earth.”