We in RTC are quite pleased to have the very famous and effective wog crisis management firm Sitrick & Company handling  the never-ending series of crises in which COB RTC David Miscavige and we in the Church of Scientology find ourselves gripped.

The Psychs are so terrified of our expansion that they attack us with a manufactured crisis, catastrophe, or a Hill 10 flapping flap every three minutes. This is why we need wog crisis management experts Mike Sitrick & Company.

Sitrick And Company is best known for its work in high profile, bet-your-company/bet-your-life situations. Whether helping a client with an IPO, a merger or a criminal indictment, we work to ensure all of our client’s key constituents are covered. This can include such groups as the media (digital and traditional), employees, the investment community, customers, suppliers and government officials.

We in RTC note that Sitrick & Company handled crisis management for NFL player Michael Vick after he was attacked by the wog media for  engaging in dog fighting. Given our own aggressive forms of regging our parishioners for large sums of cash, we in RTC have no moral qualms with dog fighting. In fact, we believe that it should be legal as it is in Pakistan, Iraq, Syria and other very forward looking nations.

Dog fighting is a perfect metaphor for the Church of Scientology. We in RTC believe that Sitrick & Company can make our central metaphor acceptable to the public.

We want Sitrick & Company to get David Miscavige and the Church of Scientology “back in the game” just like it did for Michael Vick.

We in RTC want the public to think of David Miscavige in the same way they think of Wog president Brent Obama.

We want David Miscavige to be given a Nobel Prize just like Brent Obama won:

As it is now, COB RTC David Miscavige is thought of as if he were worse than Jonathon Edwards or Lance Armstrong. Surveys show that the public, or at least those who have ever heard the name David Miscavige, think of him as some kind of criminal.

This incorrect and negative public perception of humanitarian philanthropist David Miscavige has lead to all sorts of suppressive Joking & Degrading online. For example, this criminal piece of J&D shown below was found by OSA spies at the horrible anarcho-terrorist website whyweprotest.com .

We in RTC want Sitrick & Company to present David Miscavige to the public as a glamorous person who, when he is not personally saving millions of people from drugs and illiteracy, hobnobs with movie stars like Tom Cruise: 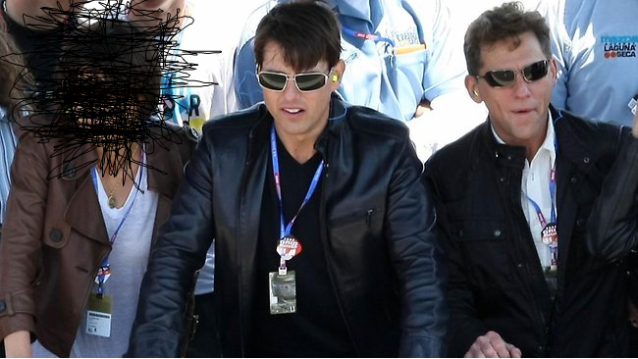 Sitrick & Company has its work cut out for it and we in RTC look forward to the results. When David Miscavige wins a Nobel Prize we will be very happy.